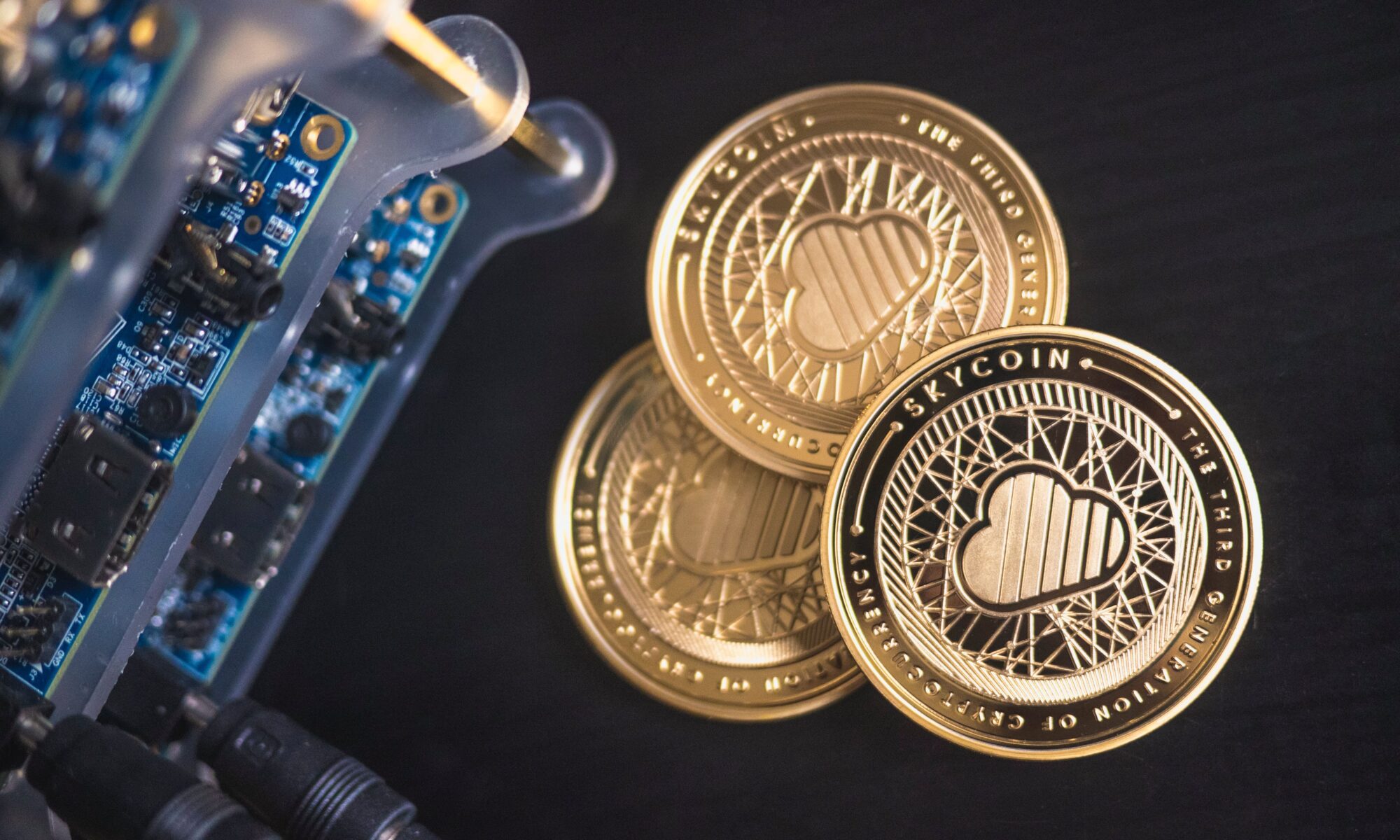 Do you hear a lot about stablecoins? Or you want to know what a stablecoin is once and for all? Or you just want to know more about this intriguing model of a transaction system. Well, if that is the case, you are in for a treat.

Cryptocurrencies have various benefits and hold recognition as an ideal system for vendors to keep their money safe and protected. Simultaneously, a stablecoin is a kind of cryptocurrency that’s worth is based on assets it relies on, such as the US dollar or gold.

Although these syllables sound quite alien to people as well, they are considered quite volatile investment products. But the best part is that people don’t require any intermediary institution to transfer payments, but their fluctuation can still be a risk.

The sad aspect of cryptocurrency is that people cannot expect their weekly earnings, which is a snag of their story. On the other hand, other currencies are relatively stable comparing to cryptocurrency. But getting back to the earnings part, that is also changing with DeFi. But that is a big topic on its own. let’s stick with stablecoins here:

Stablecoins were also introduced in the market in 2014, which is much stable, and their transfer depends upon the trader’s Altcoins (or alternative cryptocurrencies). Now the real question arises again what exactly a stablecoin is? And how can you use it to earn your valuables?

Buckle up and stay with us to learn all about cryptocurrency, along with a good piece of overall knowledge that can prove to be useful in your business.

The framework of stablecoins requires a stablecoin collateral that keeps it pushing through the thick and thorns. So the value of the stablecoin is based on that collateral. These collaterals below are some examples for your better understanding:

Fiat is the “normal” currencies. Undoubtedly, fiat is the most common stablecoin collateral that is available. Most centralized stablecoins revolve around fiat (US Dollar, Euro, or a combination), which is why they are more stable than the other pegged collaterals. Still, in some cases, it can be a drawback as well.

Admittedly, precious metals are one of the collaterals that are used rarely, but it is mostly used in proportion to other elements. These precious metals include Gold, Silver, Platinum, and others.

Last but not least, a collateral for stablecoin can be cryptocurrencies. Now there are a number of cryptocurrencies out there in the market, but the most popular ones are Ether (from Ethereum network collateral) and Bitcoin.

Some most famous stablecoins on the table

Now, there is a number of stablecoins that are revolving in our surroundings; some of them are listed below.

Diem is one of the most gossiping subjects of this decade. It is formerly called Libra and comes from the most popular social media platform Facebook. The most intriguing thing about Diem is that it is not launched yet, but still, it has the most psychological impact on the crypto communities.

Surprisingly, most powerful governments consider Diem as a competitive threat. This might be because the millions of users that come from Facebook and daughter companies that Facebook owns can give a hard time to even the strongest governments.

According to the experts, there was a basket of currencies that back up Diem. But due to some global regulatory concerns, they are now planning to switch towards multiple cryptocurrencies, and those would be further backed up by national currencies.

However, our master panel believes that the first stablecoin, known as Diem dollar, is launching in 2021. So, if you are an investor and looking forward to Diem, you should be prepared.

If you are looking for a boss of stablecoins, this is the one you need to know about. Tether is the eldest and popular stablecoin from 2014 until now. Tether is famous for being the most valuable stablecoin on the planet by the ratio of market capitals yet.

However, the primary purpose of Tether was to move money between two exchanges and gain the advantage of arbitrage by the price difference in two exchanges. The strong capital moving strategy of this coin allowed the Chinese imposter to transfer millions of dollars to Russia, bypassing all the uncompromising controls in China.

Petro is one of the underrated stablecoins, it is a Venezuelan coin. If you wonder why it is unique, the reason behind this statement is that the government claims that oil reserves and other commodities such as gold, silver, platinum, etc, are backing up the Petro.

Under the table, Petro is an attempt to create a substitute to hyperinflationary Venezuelan Bolivar, which is neither a pass nor a failed endeavor yet. Although the Venezuelan government claims that this coin is manufactured for doctors and young people, some situations prove Petro a mass surveillance tool.

We had to include USD coin in our list because it doesn’t operate as the other stablecoins do. USD coin is managed by the Circle and Coinbase (two major firms of cryptocurrencies).

The good part of the story is that the USD coin is also pegged to the US dollar as that is Tether, and surprisingly, the USD coin is the second-largest stablecoin by market capitalization in the world.

Dai isn’t like the other stablecoins on board. Instead, it runs on the makerDAO protocol, and it is a stablecoin on the Ethereum blockchain. Also, Dai was created in 2015 and pegged with the US dollar that is further backed up by ether.

Now, you might be confused about Ethereum, well, Ethereum is the token behind the ether (a stablecoin). The major fact that comes with Dai is that it intends to be decentralized. If you didn’t understand that fact, this means that there is no central authority to this Stablecoin.

The drawback that you might have to face is that Ethereum smart contracts encoded rules aren’t modified at all. You have to keep your transactions and tradings in the rule book. However, these smart contracts are underpinning the makerDAO, which can turn tables around.

How are stablecoins regulated?

After all the necessary information, you would be wondering how you can use them, right? The answer is quite easy. Stablecoins are not under the rocks anymore; like most digital assets, you can use stablecoins as a medium of exchange.

However, the major advantage that you can avail yourself of a stablecoin is that they can bring stability when the market is unstable. Most traders or investors can get their hands on the stablecoins through exchange platforms.
Usually, people can mint fresh stablecoins from the collateral issuers or issuing companies. For instance, US dollars are pegged with tethers, and you can obtain them from your exchange.

Why are stablecoin so famous?

Stablecoins have made their name for themselves; the tether is the most traded cryptocurrency after the bitcoin so far. And you will be surprised to know that it has a trading volume of a shouting $20 billion in 24-hours of trades, which is definitely a fortune and gets eye-catching attention.

Are there any drawbacks of stablecoins?

When there are some major advantages of stablecoins, there are some drawbacks as well. Clearly, these coins have different pain points relative to cryptocurrencies.

According to a crypto publication, you will not be surprised that stablecoins are only as stable as the assets bound to the coin; this means that if your asset is rising, the coin will rise, but if it goes down, so would the stablecoin.

The good part is that dollar doesn’t change that much, but if they do, you can directly see the effect in the stablecoin. Certainly, this means that if the reserves show variations, there is another risk as well.

However, this statement raises many questions, such as do these stablecoins have the collateral they claim to have? This might be the reason why tether has failed to answer the most asked question about their reserves.

Now, here comes the bad part: Many of the stablecoin issuers don’t show any transparency. This shows that it can be risky for people to invest in stablecoins, and most people at heart fear it. On the other hand, if people are aware of their reserves and have the appropriate knowledge, a regulator can freeze their funds.

Furthermore, this is a possibility that the collaterals that are backing up the coins might turn out to be insufficient. This can drastically shake the coin’s value in the market. Do you know cryptocurrencies were made to replace the company that typically trusts the user’s money? So, intermediaries have authority over the money.

Since the beginning of cryptocurrencies, they are not stable, so a new way to keep them stable was introduced. In this method, stablecoins are formed, which keep cryptocurrency stable (usually Fiat as a base is used).

The basic idea behind stablecoins is that people don’t have to worry about instability while processing cryptocurrencies such as bitcoin. To better understand stablecoins, the government-issued currency is fiat, the same money that we give sellers in exchange for valuables.

Furthermore, the fiat works on the stored asset, which can be Dollar, Euro, you name it. On the other hand, cryptocurrency is backed up by the amount held in the banks.

Additionally, this means that one way or other digital stablecoins and world assets are tied together. Apart from this, the more complex form of stablecoin is in the case of a collateralized cryptocurrency.

Third and foremost, variety isn’t collateralized at all. The sole purpose of these cryptocurrencies is to bring stability to the value of the coin. We know it is a little tricky, but here is the catch; if it goes down, the system will destroy the coins to give rise to the value of stablecoins.

However, this category is not much popular yet, and people still understand the protocols they need to follow to have fruitful results. The most popular stablecoin was used in 2018, which is not a long time since now.

What is the future of stablecoins?

So, this leaves us to the final verdict, what is the future of stablecoins? After the crypto boom of 2017, the answer to this question isn’t sure. But the possibility of the past events is quite shocking, and the overall crypto era is taking a positive turn.

Several investors are looking forward to investing in stablecoins, which is a much safer way. As you know, 2020 lies in the past now; the stablecoin valume is increased by 94% to hit $11 billion in June.

However, regulators are warming these coins to capture more investors and collaterals to backup the stablecoins.

Furthermore, the US office of the Currency comptroller has given federal associations, the right to grip the reserves for stablecoin issuers. This means that people would be more eager to invest in stablecoins.

As the renowned players, i.e. Circle and Coinbase, are in the game. The digital dollar’s vision rising in the field that might shift the fiat onto the blockchain is visionary and intriguing.

Guide to Yield Farming | How to Earn Passively [Tips Included]
Centralized and Decentralized exchanges | which is better?
What is Fiat Currency? Important factors about fiat money

6 Replies to “What is a stablecoin? | A beginner’s guide to Stablecoins”