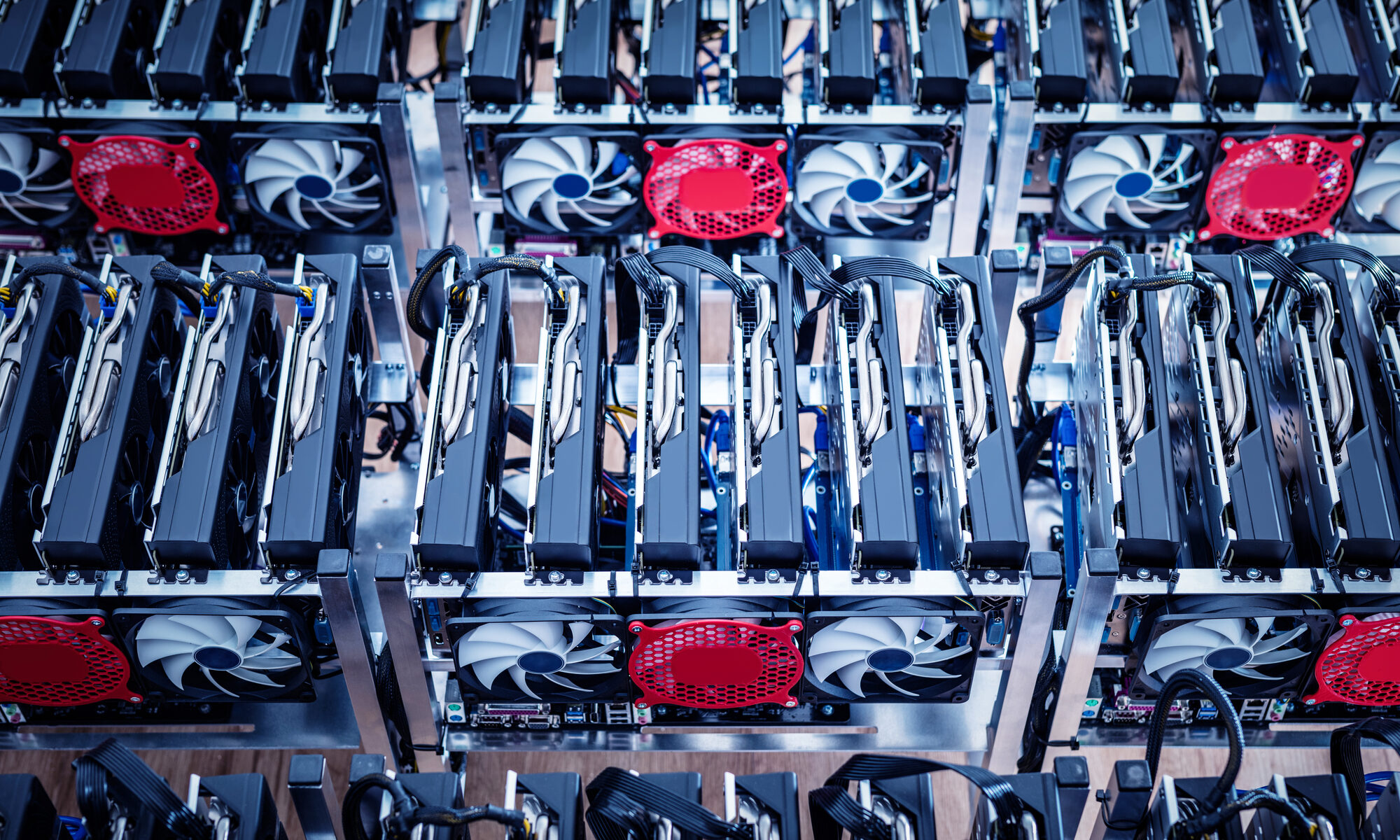 Bitcoin has been in the eyes of people for a while now. Since its price went soaring, enough people have to think of it as a financial resource. Now that prices have significantly reduced since the last heights, people want to get into the Bitcoin business, which makes bitcoin mining quite anticipating.

Now here is the question of how can you mine Bitcoin at home in 2022? Well, the first thing that you need is powerful hardware, then comes the right software, and at last, you need adequate amounts of power.

However, there is something more than just your computer generating some extra bucks. What does the mining of bitcoin mean, what do you need to start your mining setup, and what are the drawbacks of mining Bitcoin at home?

All that and other valuable information are coming below. Therefore, we suggest you read this post till the end to understand everything about mining Bitcoin at home.

What Does Mining Bitcoin Mean?

Bitcoin mining is a process in which the computer solves complex algorithms and mathematical problems to verify the Bitcoin transactions. In return, you get to receive Bitcoins as a reward, along with the transaction fees.

How Does Bitcoin Mining Work?

Mining bitcoin is not a piece of cake nowadays. There were times when you could mint several bitcoin with a regular computer, but as more people are getting into mining, things are changing.

Now the problems are getting more complex, and it requires massive processing power to verify one block that contains 6.25 Bitcoins today. But in most cases, these blocks are further divided into more than one miner. We’ll come to that part later.

Also, this reward is reduced to half after every 210,000 blocks, meaning almost 4 years. This process is called halving. This process helps to keep up with the inflation and forced algorithmically.

However, the blocks are the reward of the verified transaction from blockchain, and blockchain is a decentralized ledger that controls the transactions and mining of fresh bitcoins. Because of all these complexities, mining bitcoin at home isn’t that easy, but you can do it with the right tools.

What Do I Need To Mine Bitcoin At Home?

Mining bitcoin at home can be a daunting task, but it is possible with the right tools on board. Here is a list of all the things that you need to mine bitcoin at home.

A Mining Rig Or ASIC Rig Or Normal Computer

To mine your bitcoin at home, an essential component that you need is a mining rig. In the past, normal computers were used, which were replaced by graphic cards later.

Now that the mining world has changed, and you will not earn anything from them (even if you do, it would be very little.) Hence, mining rigs come into play.

A mining rig or ASIC (application-specific integrated chips) is a specific hardware device made specifically for mining bitcoin or any other cryptocurrency with the same algorithm.

ASIC rigs are much efficient as they mine more bitcoin even at home with less energy, but they can be quite expensive. Powerful rigs mine bitcoin at 14 terahashes per second (meaning 1012 attempts to solve a block per second.)

In case you don’t afford a mining rig, you can also buy a computer, which sounds more promising to mine bitcoin at home. However, this can make things a bit tough. As problems are getting more complex each day, a simple desktop computer can be daunting hardware.

In fact, with a computer, you also have to get a decent graphics card that can cost a fortune in the present time. So, we think investing a little more in a mining rig is still a better decision to mine bitcoin at home.

Now that you have your hardware on your side, it is time to select the component that is going to join you with the blockchain and the mining world out there. Yes, we are talking about the mining client to run on your mining rig or computer so you can mine bitcoin at home.

Since it is almost impossible to mine a hole block as an individual, one of the main tasks of the mining software is to combine the power of several miners to a mining pool (we’ll get back to that later) and distribute the work.

Mining software provides work to miners, collects and keeps the record of successfully completed results. Apart from this main job, this mining software completely shows the basic stats of the mining process, such as the temperature, cooling, average mining speed, and hash rate.

There is plenty of mining software that you can choose from in the market, but most experts recommend NiceHash for all beginners because of its user-friendly interface.

Furthermore, it mines multiple different cryptocurrencies and automatically chooses the right algorithms to mine bitcoins most profitably. All you have to do is to download the client and provide the necessary information and start mining.

Now that you have got basically everything you need to mine bitcoin at home, you might be wondering where you would keep all those coins. This is where a bitcoin wallet comes in handy.

A bitcoin wallet is the component of mining where you store, manipulate, and manage your bitcoin addresses and the bitcoin within.

Since bitcoins are stored in the blockchain, but there are public and private keys for you to manage your bitcoin activities.

If you want to receive bitcoin from someone, your public key is responsible, and it can be traced with all the transactions that have gone through it.

However, private key act as a secure network and use to send off transactions. If you end up losing it, all your bitcoins that are stored in it will be lost forever. Generally, there are multiple wallets ranging from software ones to hardware and paper wallets. Each of them has its pros and cons.

For miners who are just starting out should choose a software wallet that is easy to manage, and anyone can set them up pretty quickly.

We suggest using Bitcoin core, and if you need one that can manage multiple currencies, you can also go for Exodus, but it can be a little complex for beginners.

Even with the best hardware on board, it is not that easy to mine bitcoin in today’s date. Since there is a huge number of people trying to mine bitcoins, a huge amount of energy is required to mine one Block. So, chances are high you never make it if you try it on your own. Thus, a mining pool can be a solution.

Mining pools are a group of miners who combine their hardware to mine bitcoin much quicker than mining individually, and as a result, the reward of bitcoin is less but stable, which is divided among the miners.

Additionally, members have to pay some extra fees to the pool operator, and usually, it is around 0 to 2% of the received reward.

That would be all that you need to mine bitcoin at home. You can plug in your hardware, fill in the required information, join a mining pool if you like, and start your mining journey.

Tip: If you want to mine bitcoins profitably, you should keep an eye on the crypto world. It is changing every day, and you definitely wouldn’t like to miss something that can help you working profitable right away.

How Much Energy Does Bitcoin Mining Use?

In the early times, bitcoin mining was quite energy-efficient, and minimum power was enough to do the job. However, now even with large mining power, miners are not able to make a stable income.

Bitcoin mining use almost 120 Terawatt Hours (Twh) annually, according to the University of Cambridge.

That is a huge amount, and it does make everyone think either if this bitcoin is safe for our environment or not?

What Are The Drawbacks Of Bitcoin Mining At Home?

Before you head towards mining bitcoin at home, there are few drawbacks that you should be aware of.

Previously, it was pretty simple to plug in your computer and start earning bitcoins. But now, one might have to pay more on the expenses than he actually mines bitcoin at home.

Here is the graph that shows a comparison between the profit and cost expense of mining bitcoin.

If you want to mine, you should live in a region where you have low electricity costs to start with.

In some regions, the electricity bills don’t remain stable at one price. After a certain amount used in a month, the governments apply a specific extra tax on the billings.

Therefore, you might have to pay the extra cost of tax even though your electricity usage (apart from bitcoin mining) isn’t that much on a monthly basis.

You might be familiar that in residential areas, the electricity is supplied in single-phase or two-phase meters, which provide 120 volts or 240 volts respectively.

However, commercially three-phase meters are used, which provides more electrical voltage. This means that with less voltage in the pipeline, high-end machines are prone to fusing and require maintenance, which can put a load on your pocket.

It is good to see you down here. We hope you will like this interesting piece of content, and you will follow our tips and tricks to mine bitcoin at home if you decide to.

If you think we might have left something and you need to get information on anything else, you are welcome to reach out in the comment section below.